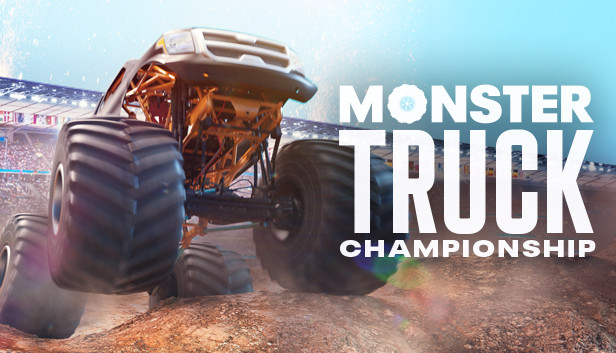 After a successful launch on PC and previous generation games, Teyon and NACON have released their much underrated Monster Truck Championship for the next generation of consoles. The game will be released on PS5 and Xbox Series X|S with additional features that take advantage of the power of the next-gen consoles. Although I’ve already played and reviewed the title, I was eager to try the PS5 version of the title, and here it is. Here’s our comparison test of the PS5 version of Monster Truck Championship, in which we landed some Skywheels and crushed some 4L buses.

As in our other comparison tests, we will focus on the features of the new generation Monster Truck Championship. For a thorough review of the full version of the game, check out our previous review of the PC version of this fantastic monster truck simulator. With most next-gen releases, one of the main improvements in each version is the visual recreation, with developers aiming for 4K and 60 FPS. Since these are ports from older generations, it’s not that hard to get 60 FPS in 4K, since the visuals are pretty dated at this point and the performance of next-gen consoles doesn’t challenge too much. The same goes for the monster-truck championship.

Usually we have something to talk about when comparing two specific titles from the previous and next generation, but that’s not really the case with Monster Truck Championship. In fact, the next-gen version will literally only come with 4K and 60 FPS support. The release of the PS5 and Xbox Series X|S games is nothing special. This is a big improvement when it comes to the graphics of the game. Playing with monster trucks at 60 FPS definitely has its benefits for the eyes. But that’s where the eye candy ends.

Let’s move on to the actual textures. While the resolution is certainly much higher in 4K, the textures haven’t really been updated from the previous generation, and the game feels a bit like a mix between the old and new generation. Now the game looks a lot like the PC version, but on PC you can set the frames even higher than 60, but here the frames are locked at 60fps, so the visual fidelity is really just higher resolution and silky smooth 60fps. That said, the game holds up well in 4K and 60 FPS. The visuals don’t fall away at any point and the gameplay is smooth in all scenarios.

One of the main reasons I requested a copy of Monster Truck Championship for the PS5 was that I was looking forward to playing the game with the new DualSense adaptive controllers. However, to my disappointment, after loading the game and driving the truck, I noticed that there was no additional feedback for the adaptive trigger. There was no additional friction to indicate the traction of the tires, nor were there vibrations in certain parts of the controller to indicate which tire gained traction in the mud and which lost it.

Adaptive triggers work wonders for racing games, and I enjoyed playing WRC 9 with them because of the clear feedback while driving. The excitement and feedback it provides actually helps you understand how the wheels behave on the ground, and that would be ideal in Monster Truck Simulator and Monster Truck Simulator. Since we have to jump back and forth most of the time and also spin the wheels for various tricks like burnout, adaptive triggers that react to that and return increased tension would be a great feature.